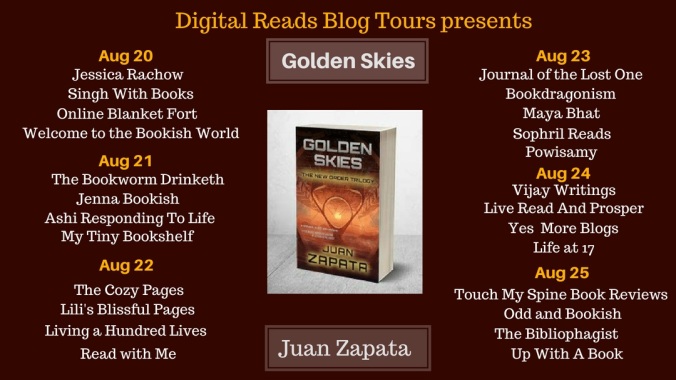 Book Blurb: As a boy, Malik watched an army of religious zealots swarm his home town, slaughtering his people and running his beloved grandfather through with a black sword. Nine years later, Malik still believes there’s peace…somewhere. At least that’s what he tells himself as his body is ripped apart by whips at a conversion camp. That’s what his best friend whispers as he frantically creates new force technology and jetpacks to rescue Malik. Yet when war bursts through the skies and the sky troopers, assassins, and heroes fall, when the world comes crashing down, Malik Zzoha stands amidst the sands to lead a band of friends and revolutionaries to face his tyrannical, zealot father, determined to free the people he loves.
Author Bio: Juan Zapata is a senior at Alabama A&M, expected to graduate December 2018. He majors in Criminal Justice and is a member of the AAMU Honors Program. Born in Mexico, Juan came to the United States at four years old. When he is not writing, Juan likes to play For Honor and pretend he’s a knight, laughing with happiness at his victories and nearly having aneurysms when defeated.

Get your copy of the book here!